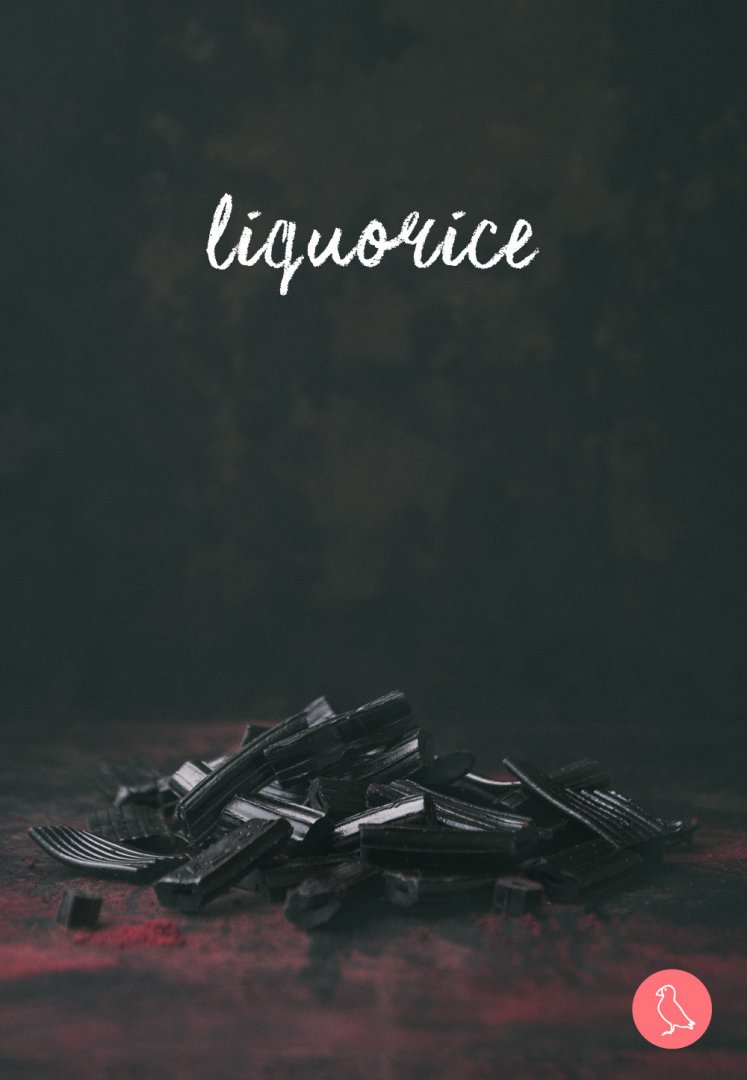 Very unusual dainty. Pitch-black, charmingly sweet or incredibly salty. Something that almost every Icelander loves to snack on, no matter if it’s before or after dinner. Black gold of the Scandinavians, which has so intriguing, absolutely unmistakable taste. That’s liquorice!

This interesting delicacy is made from equally interesting plant, also called liquorice. Amazing properties of liquorice, specifically its roots have been known for a long, long time. It was used in ancient Egypt, Greece and Rome, and later also in China, where it was known as a popular remedy for cough, cold and hay fever. What’s more, it cured asthma, ulcers, and even prevented caries. In the Middle Ages, people began to assign magical properties to liquorice, which supposedly led to miraculous cures.

1760 was a year of real revolution. English pharmacist George Dunhill started his experiments with a diluted extract of liquorice root. He simply added sugar and a few other ingredients. It was a solemn moment – liquorice was born as a delicacy, not just a medication. Soon the news about this curiosity spread around Europe. It won hearts of the Dutch and Scandinavians especially. 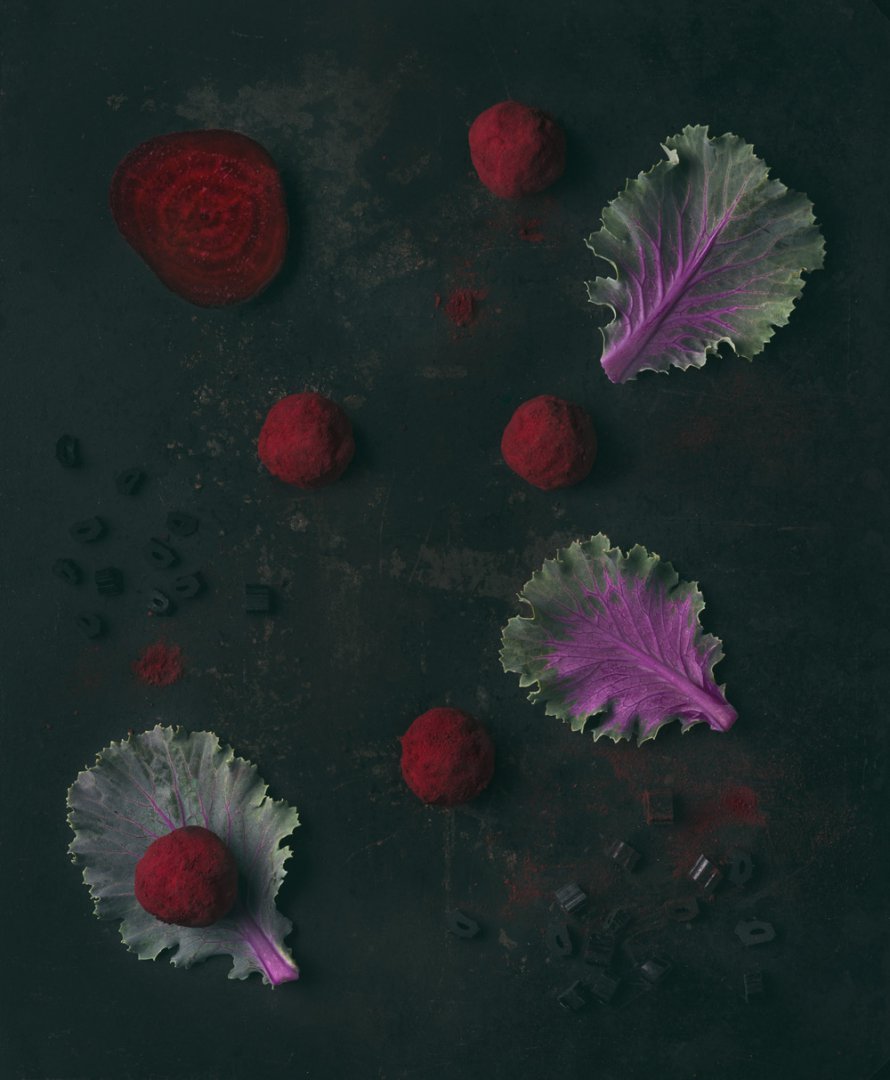 With liquorice the case is very simple – either you love it madly or you hate it with a similar passion. Intermediate states are extremely rare. We belong to the first group and like Icelanders, we could sneak it endlessly. Just remember that in large quantities liquorice, unfortunately, increases blood pressure.

In Iceland liquorice is known as lakkrís. It is one of the most beloved candies, so in Icelandic stores, you can find lots of its variations. You shouldn’t be surprised by lakkrís in crazy shapes and forms, in combination with chocolate, coconut and other sweet components, but also with salt. Oh yes – salted lakkrís, it is rather a controversial thing, especially if it literally sinks in salt. Foreigners rarely cope with it without warping their mouths, but Icelanders simply adore this version. Just imagine that eating liquorice in a shape of little skulls with an incredible amount of salt makes them really happy. In addition, in Iceland, you can stumble upon lakkrís in cakes, ice cream and shakes. Widely popular is also a chewing gum with this flavour. 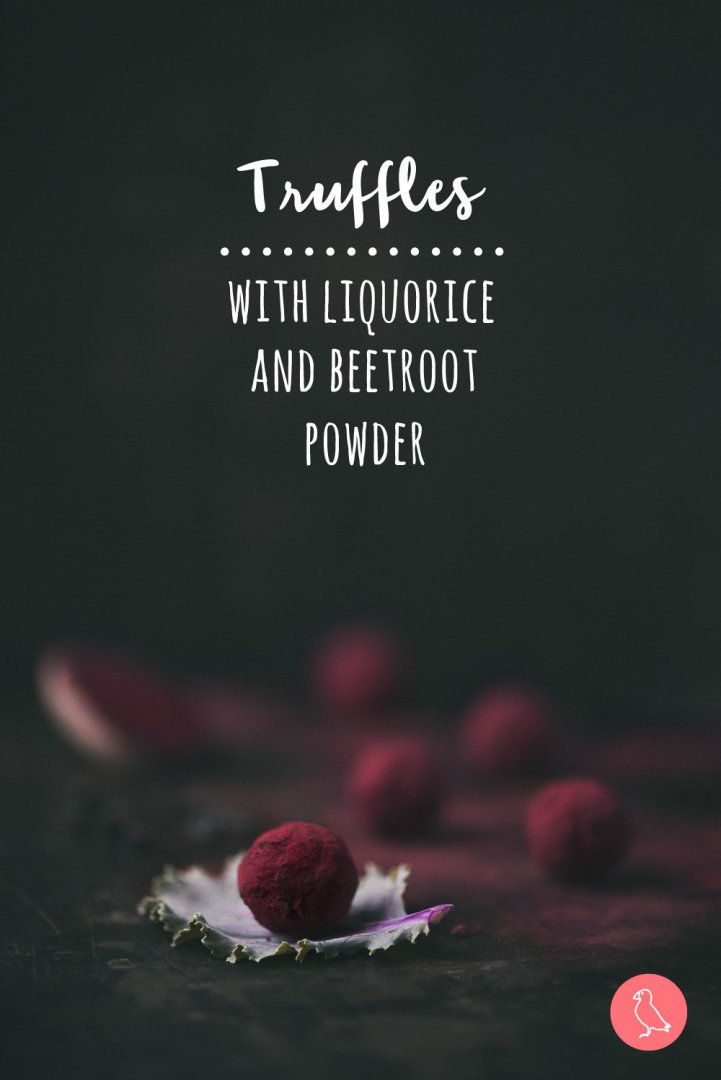 The other day we came up with an idea, how to involve liquorice in an unusual, confectionery relationship. In our version, liquorice is accompanied by a beetroot, a very popular vegetable in Iceland. It is a spectacular treat, definitely worthy of the royal tables. Ladies and Gentlemen – chocolate truffles with liquorice and beetroot powder. You can expect a lot from them. You will be delighted not only with their taste but also with the richness of textures. At first – a delicate, tempting, powdery beetroot veil, which is followed by velvety chocolate with bits of liquorice. It’s a very sensual dainty and a perfect dessert choice for a date. In this case, a popular slogan “the way to a man’s heart is through his stomach” is not only a set of empty words. Bon appetit! 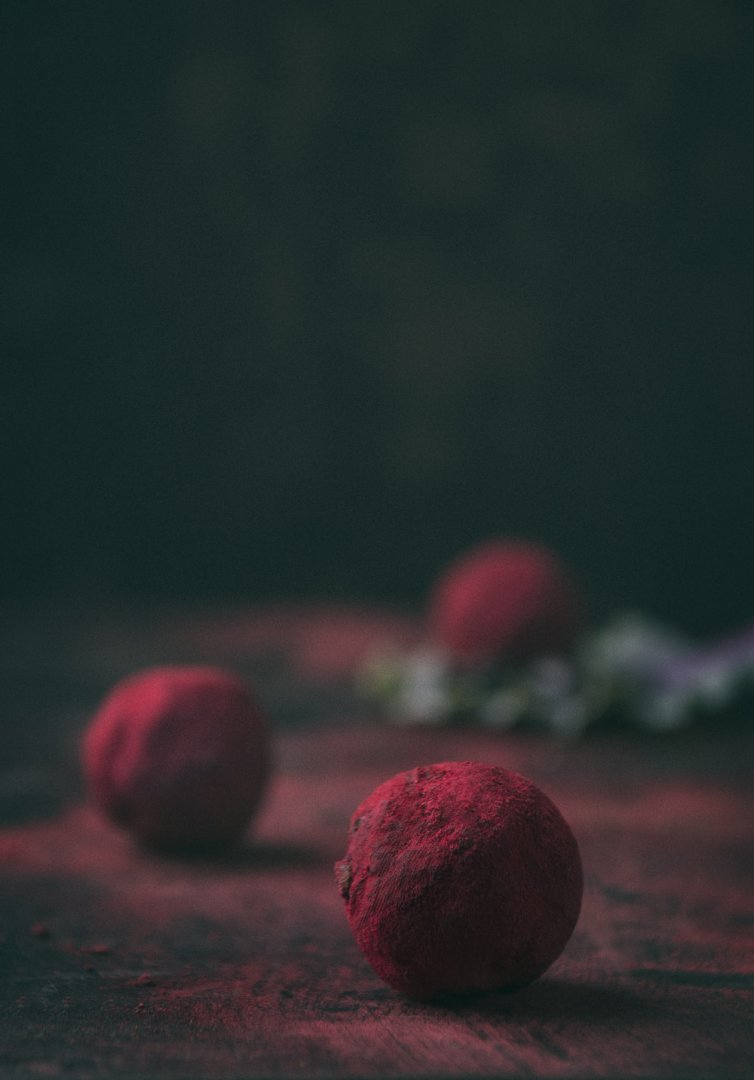