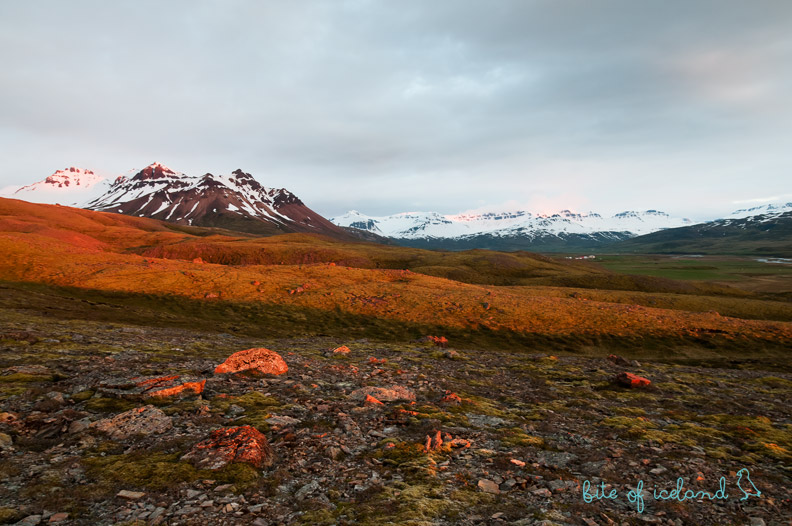 In Iceland everyone without an exception can experience a really strange state of mind. It begins somewhere around mid-May every year, but fortunately, this kind of madness is not that serious. If these things start to happen, watch out – your freak moment is coming. The signs are: tundra’s colours are getting more intensive, birds start to be pretty loud during both day and night. Night after night, it gets brighter and brighter and suddenly even the biggest sleepy-head turns into a nighthawk because miracles happen outside the windows. That’s midnight sun. 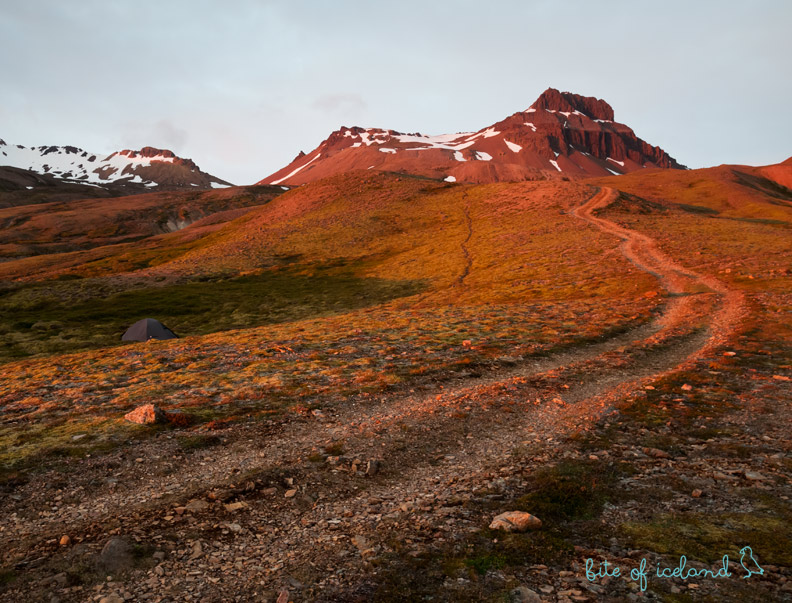 Imagine something like this. Time to rest is more than right, let’s say long after midnight, so you should sleep like a baby, but you can’t. At the beginning of strange brightness, when dream still does not want to visit the body, oddly no one counts sheep here. And in Iceland, believe us, there is definitely enough sheep to count. Instead of snoring loudly, one goes for a walk, a run, a meeting, to admire the closest lava field or a fjord. All these night activities are strong signals that summer is closer than you thought. But don’t worry, you really can get used to it, and this pretty odd night after some time becomes a normal thing. If it happens, that even after some time you still have problems with sleeping because of the midnight sun, thick curtains will do the thing.

On the longest day of the year, which falls around June 21, the sun hides for about three hours. Although the sun is not visible for some time, it’s bright all the time. The day never ends. You can experience this phenomenon from mid-May to mid-August. For centuries, everyone on the island has eagerly awaited this special time of the year. It’s because of its unusual and such an optimistic character when finally you can reload your batteries for the rest of the year which is, we have to admit it, rather grey and dark. It’s amazing to experience such a fascinating madness, so don’t hesitate, go and do something awesome under midnight sun! Mysterious, white, Icelandic nights, you don’t need any more encouragement, do you? 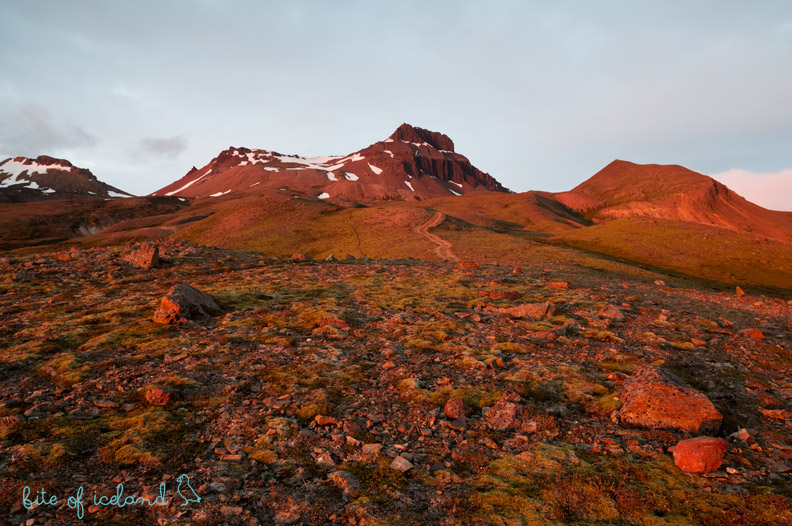 PS: All the pictures that you can see here were taken shortly before midnight. The sun was then just slightly over the horizon. If you like to photograph, you will be delighted. Photo-shoot around midnight, this is it! The light is very special then, it brings out all amazing textures. And its colour is so warm that it’s really hard to believe it. The landscape gets simply unbelievable golden reddish colour cast. And golden hour lasts not an hour, but a couple of hours, can you believe it? You just have to experience it!

Wow! That must have been a brilliant experience! Your posts make me want to go to Iceland even more.
Keep up the good work 🙂

Joanna, Thank you for so nice words! We love midnight sun, but now we are happy that darkness is coming soon. And with darkness… Northern Lights 🙂