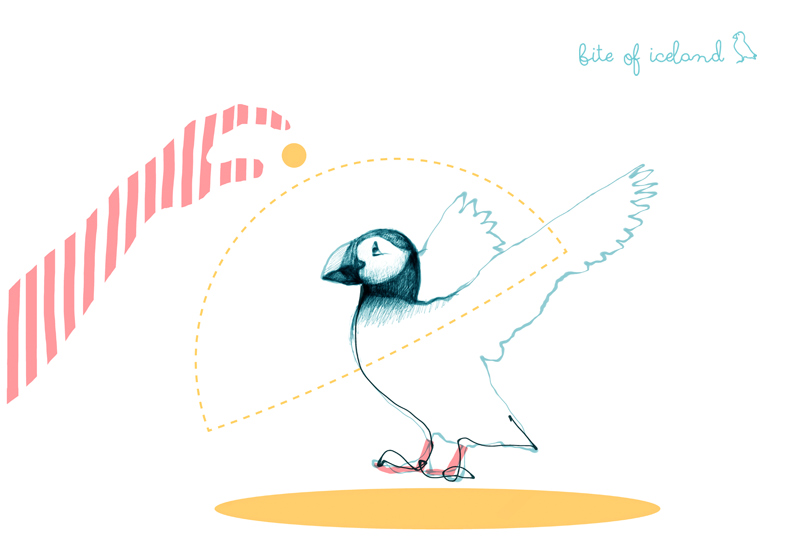 It’s time for a guessing game!

He has got many nicknames – Sea Parrot, Harlequin of the North, Arctic Monk. He looks quite hilarious, and it’s true that you can find in his apparition details from Pierrot, penguins and even far winged cousins – parrots. If we talk about the colour of his feather – yes, it looks ceremonial and has something in common with monk’s clothes. You will recognize him immediately: his multi-hued neb and melancholic eyes. Have you guessed already?

Easy-peasy, right? It’s all about a birdy symbol of Iceland – the puffin.

Puffins are unusual birds. Apart from having such an extraordinary look, they have one more ace in the hole – amazing charm. We haven’t seen more sweet-hearted birds ever! Usually they measure something about thirty centimeters and look a bit clumsy. They even don’t fly in a normal way, as they can’t glide. They prefer a bat style flight, flapping their wings very quickly.

Puffins look like mascots, but don’t be misled by their appearance. In fact they are like athletes! During their almost all year round stay on the ocean they live in very harsh conditions. They are not afraid of crazy, ice-cold arctic waters and all other difficulties. 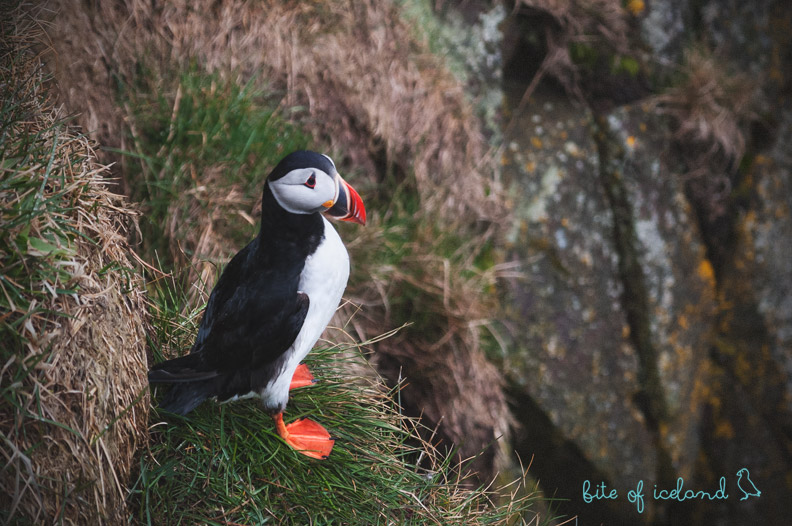 On the path of fame

Apart from observing puffins in their natural habitat you will see their images almost everywhere. They are on postcards, cups, stamps, pillows, fobs, clothes, kitchen utensils or even on signposts. That’s the most popular creature in Iceland.

Can you imagine that puffins are pretty romantic monogamists? They spend the whole life with their chosen one. Isn’t it cute?

We kept our ear to the ground for a long time, but we could hear nothing more than wings’ flap. It turned out that puffins are really tight-lipped creatures – they barely make any sound. But this kind of birdy pantomime is so captivating! 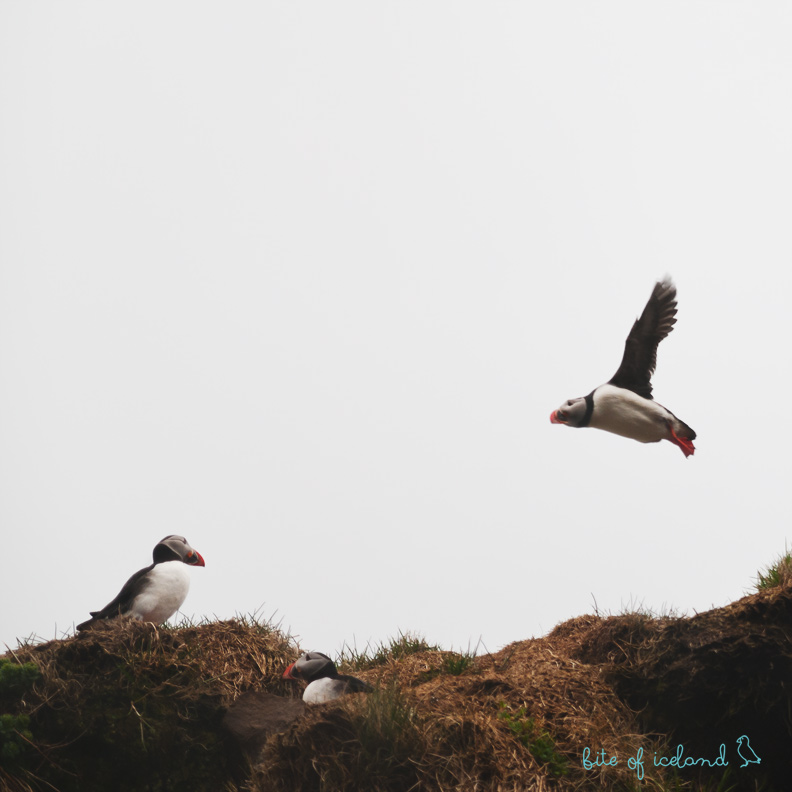 Wing or Thigh? Puffin on the plate

In other countries puffins are protected, but Icelanders still hunt for them. They are killed for meat, as it is a culinary tradition. They are caught with help of a technique called “sky fishing”. It involves catching low-flying birds with a huge net. A fresh heart of a puffin is eaten raw as a traditional Icelandic delicacy.

In our case – not a wing nor a thigh. We prefer to see charming puffins alive and have opinion that they should be strictly protected. Many people and environmental protection organizations have the same feelings, but against the outcry their meat is commonly featured on restaurants’ and hotels’ menus.

In Iceland and in other Scandinavian countries people believe that puffins are postmortal incarnations of fishermen, sailors and others who died on the sea. Brrr, a little creepy don’t you think? It’s really weird to look at them bearing in mind this belief. 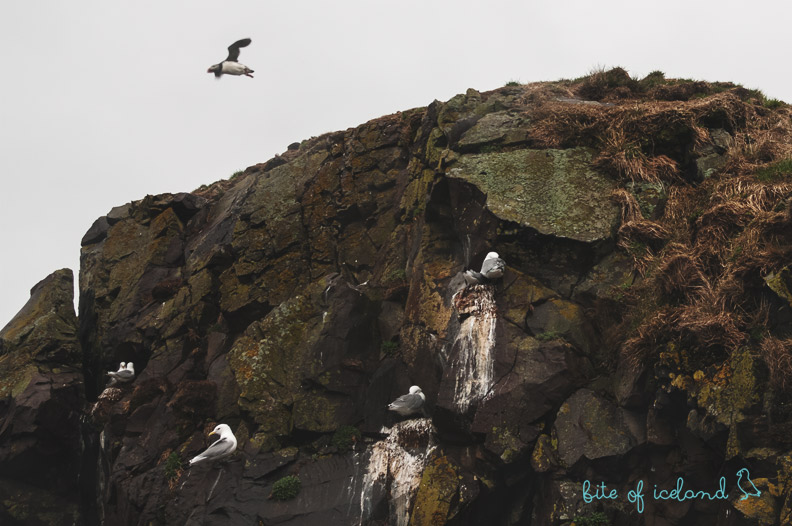 How to make an appointment?

Everyone coming to Iceland dreams about meeting with our parrots of the North. And when someone manages to take a nice picture with a puffin as the main character – it’s quite an achievement! Puffins spend most of the year far away on the ocean and come to Iceland for a few months to give birth to their offspring. They arrive in the second week of May and stay to mid-August.

There are several colonies of puffins in Iceland. Sometimes it’s not so easy to see them because many colonies are pretty far away from the shore. In our opinion, the best place to observe them is in Borgarfjörður Eystri, a beautifully located small village in the eastern part of Iceland.

Definitely this is our favourite spot! It’s different than other places because you can come really close to the birds (one or two meters is nothing unusual here) – of course in great silence, so as not to disturb them. There is a rock formation with steps and paths, and birds are bustling nearby. There are hundreds of busy puffins starting to fly, just landing, hunting, flirting or just resting. Oh and the view is very picturesque, really amazing. Unforgettable experience! 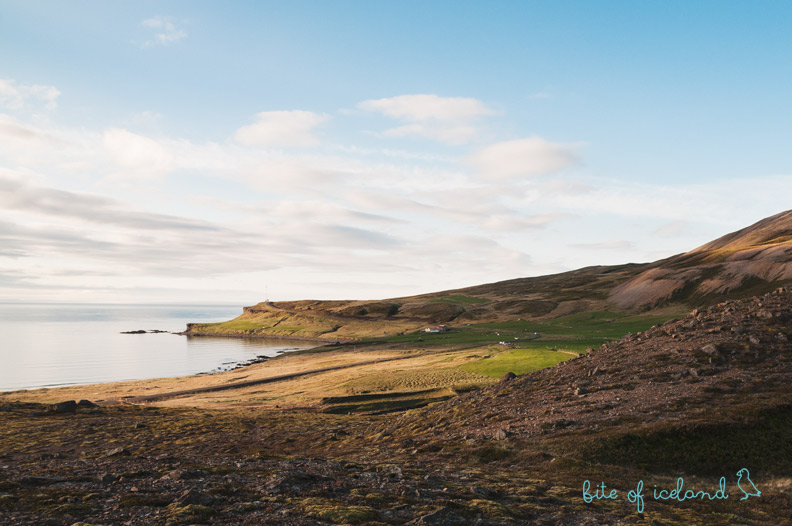 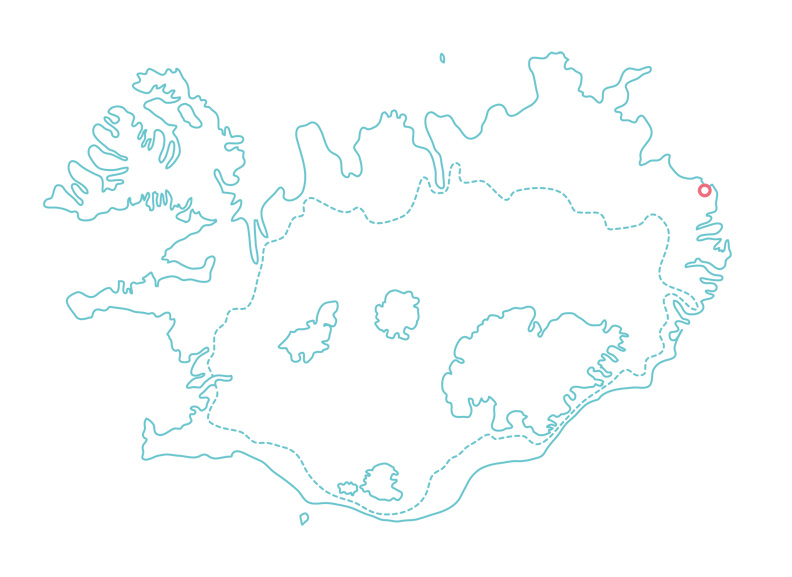