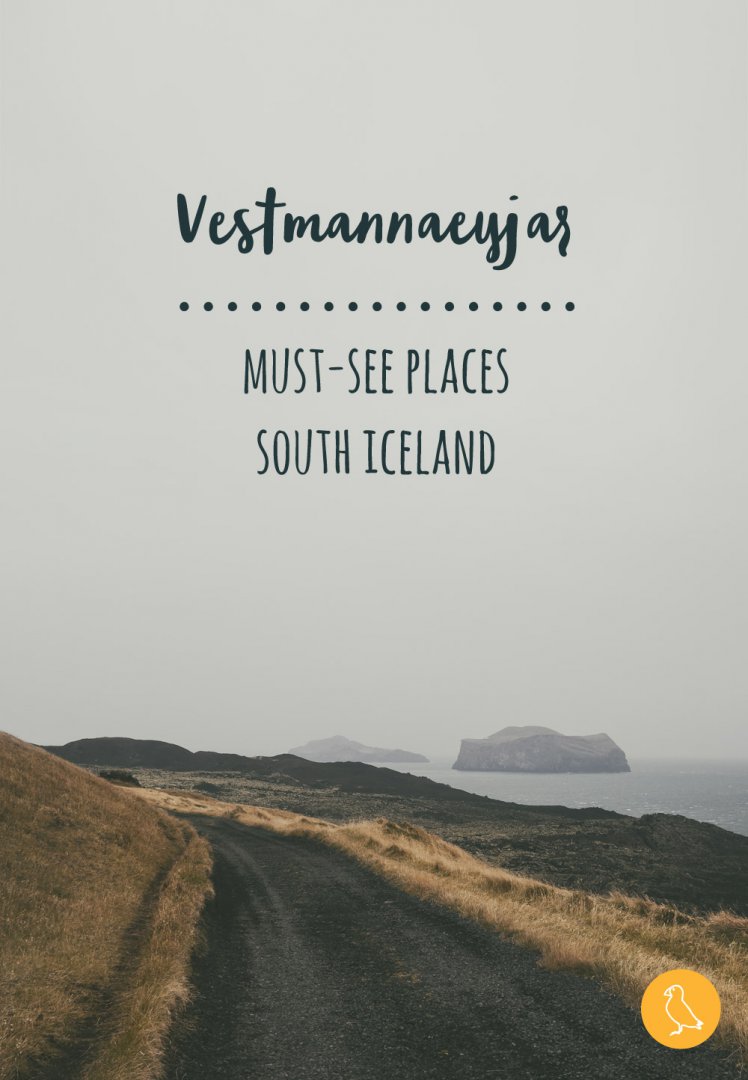 There is a place in Iceland where inhabitants’ fate depends on a whim of a fierce volcano, jumping between extremely steep rocks without any protection is considered as the best sport in the world and in the summer you can hear a flutter of at least a few million of wings. That’s Heimaey, the largest island in the Vestmannaeyjar archipelago.

When we talk about Vestmannaeyjar, we can have in mind two things. Namely, it is a tiny, incredibly picturesque archipelago of fourteen islands which lies nine kilometres south of Iceland, but also the name of a town on Heimaey, the largest island of Vestmannaeyjar. In the end, the town has two names that are used alternately: Vestmannaeyjar and Heimaey. First inhabitants of the archipelago were runaway slaves from Ireland, who planned to start a new, definitely much better life here. As they were actually “Westerners,” the archipelago soon began to function under the name of Westman Islands. Unfortunately, the Irish had not enjoyed their freedom for too long. Soon, they were tracked down and slaughtered by bloodthirsty and always greedy for new territories Vikings who began to revel on the islands themselves. 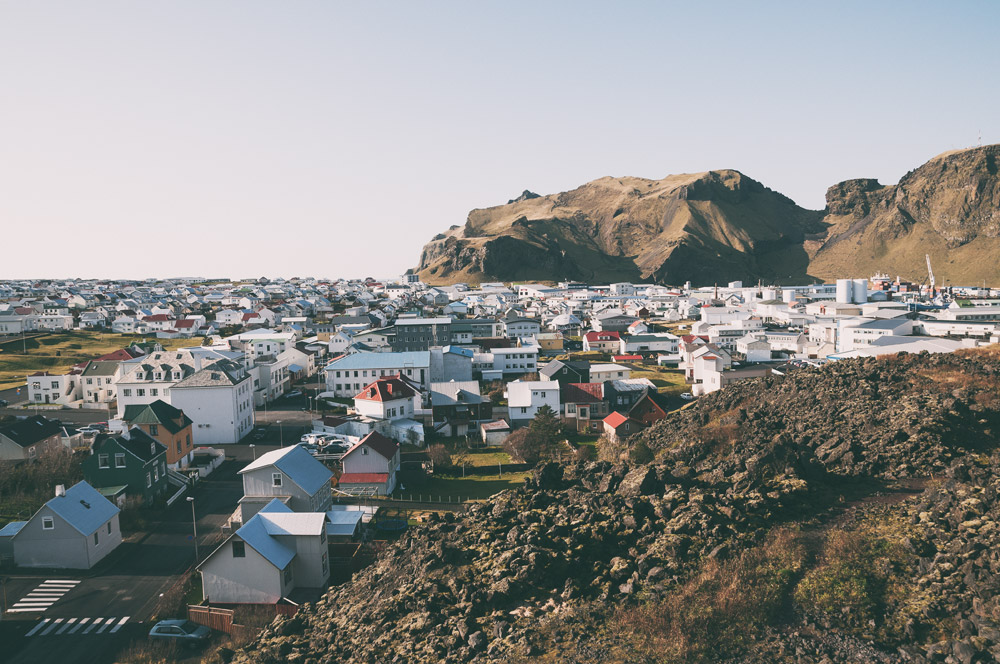 Currently life goes on only on Heimaey, other islands are uninhabited – in the hunting season they are settled for a very short time by hunters. Pretty controversial fame of Heimaey as one of the rainiest areas in Iceland did not scare away a bunch of daredevils. It is the most important fishing port in the country, so the island is inhabited by four thousand five hundred people. If we bear in mind that it’s such a small area and take into consideration a typical Icelandic population density it’s a really good score. Unfortunately, the unbearable weather is not very merciful for them, icy raindrops usually are accompanied by powerful gusts of equally freezing wind. As a result, you can witness here quite unusual and funny scenes. Four-legged puppies, which usually don’t pay any attention to the unpleasant weather, are frequently taken for a walk, while their owners follow them in a car. So the dogs play in a fairytale terrain and just behind them their owners drive slowly, often dressed in typical homey clothing like dressing gowns. 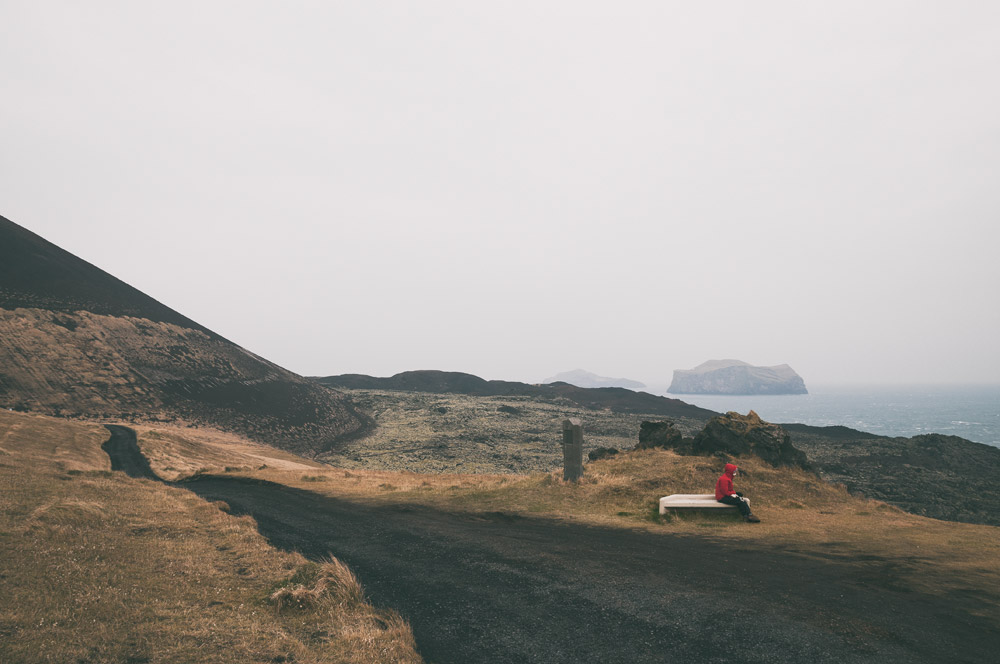 Every summer, the population density on the island changes radically, making from Vestmannaeyjar an average city in India. Fortunately, in this case, we don’t talk about tourists. This time that’s birds that join the Icelanders, and there’s an unbelievably huge number of them, including eight million puffins. What’s more, there is an intriguing and bloodcurdling sport, closely connected to the birds called sprangan. Sprangan awakens such great emotions not without a reason, the main idea behind it is… to avoid a horrifying and surely deadly fall into the abyss. Sprangan was born in the smart minds of egg pickers. They were the first who began to swing on long ropes along the frightening cliffs. Hanging over the abyss, they figured out that it’s a great way to steal eggs from bird nests when their owners went for some underwater hunting. You should know that Icelanders have always considered puffins as a great snack. Performing spectacular Tarzan’s moves on the ropes, they also hunted for puffins, catching them in special nets. 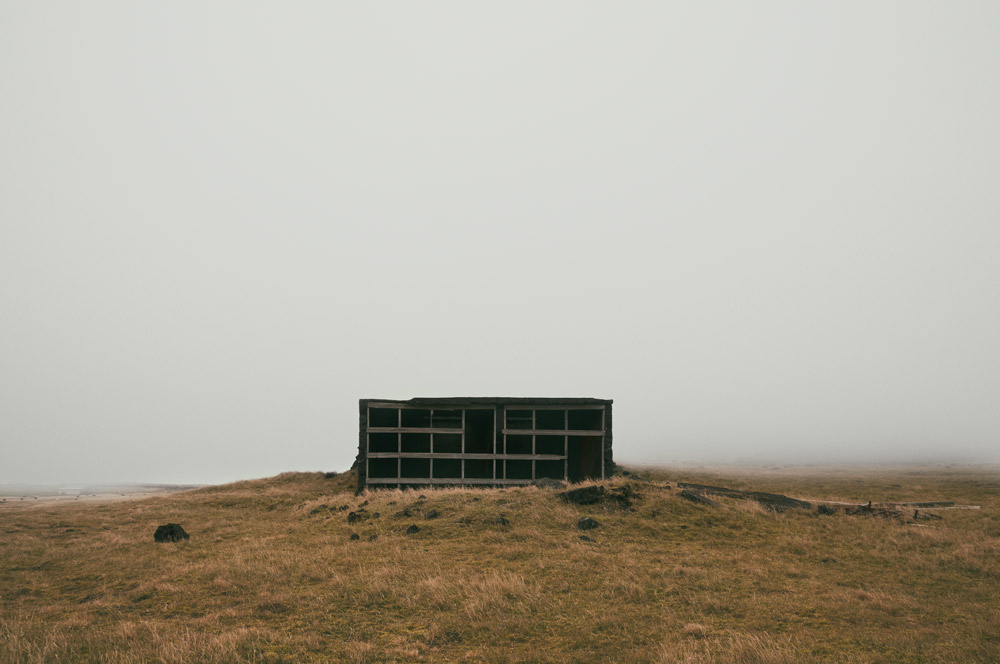 After some time, the most tremendous and flexible pickers decided to add even more adrenaline to their exploits. They started competing with each other to gain the biggest number of trophies, doing it in the most impressive way. Their jaw-dropping performances were often observed by other islanders. Amid the spectators’ screams of amazement, another idea was born. They decided that a competition for the most skilful pickers should be organised. They did as they said and soon the competition gained amazing popularity among the locals, so big that soon sprangan show turned into an annual festival. When it comes to birds, they can sleep and breed in peace, because nowadays sprangan is just pure fun without any thoughts about stealing birds’ precious eggs.

Next week we’ll introduce you to the most controversial tenant of the island. Stay tuned! 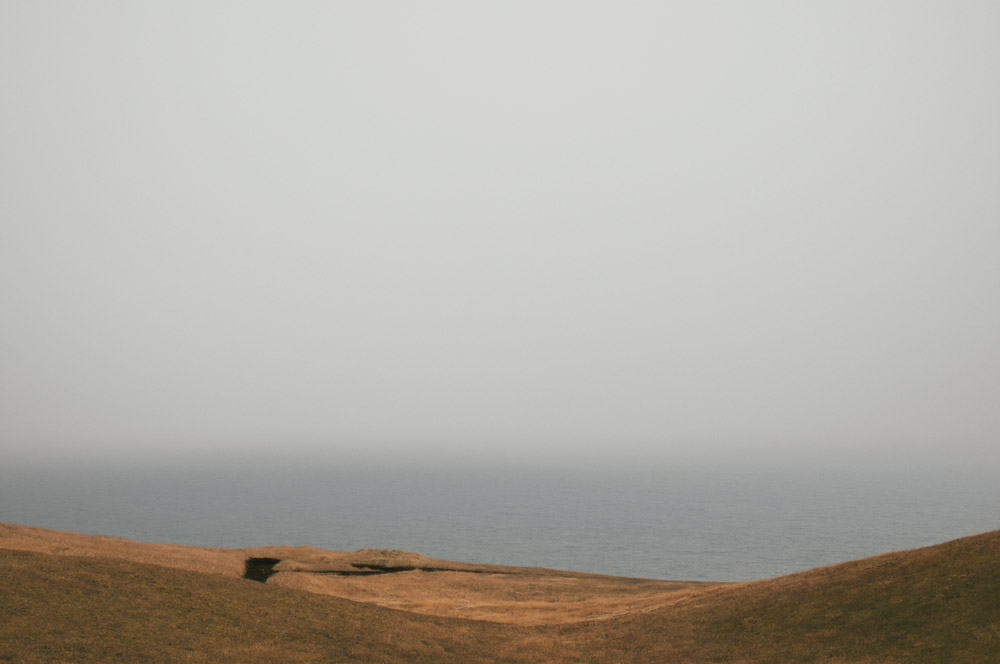 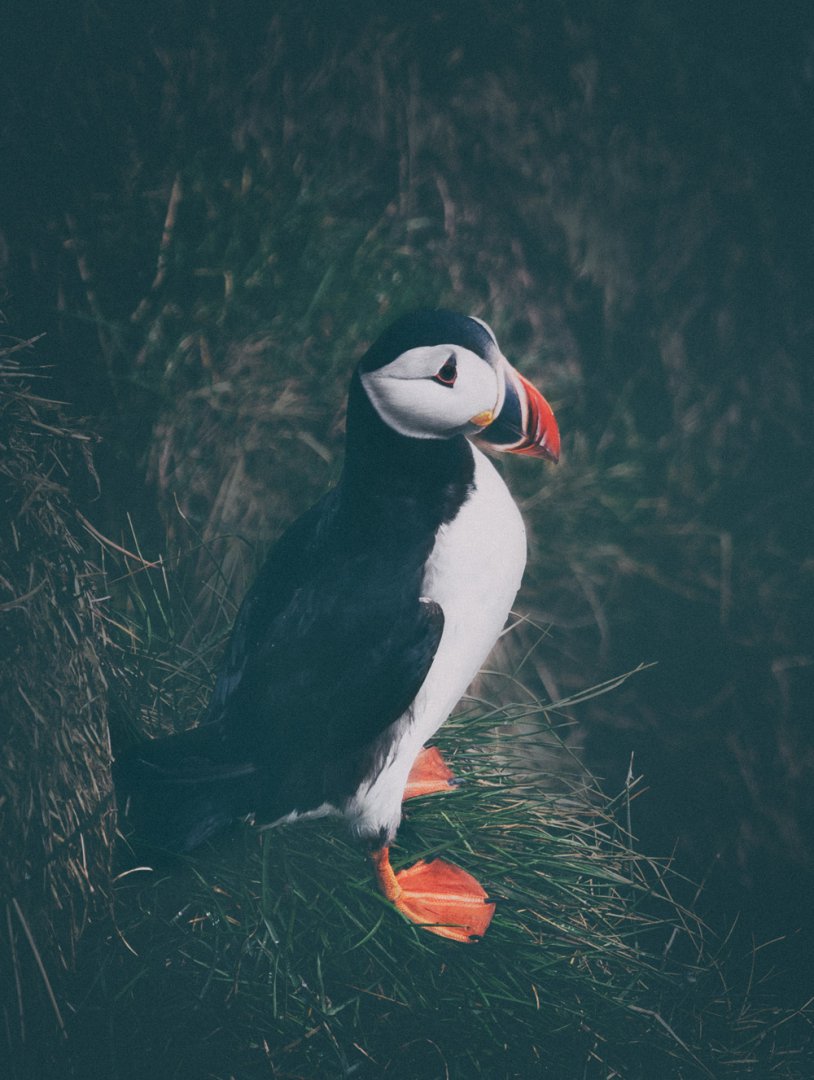 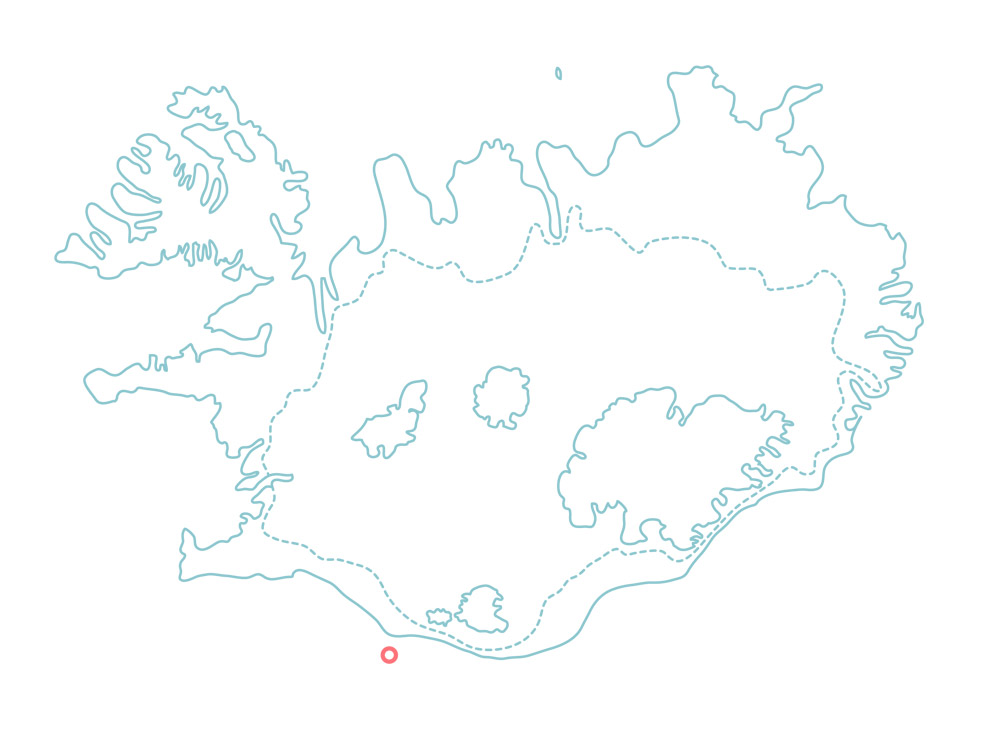 Had the chance to visit Heimaey 4 years ago. It’s got to be one of my most favourite places in Iceland. We took an unintentionally private bus tour with a local guide and it was great. Heard lots of stories from him, including some local gossips! Thank you for this wonderful post. It brought back fond memories. 🙂

Thank you Firda, so great to hear that 🙂

I have visited Iceland in May/June this year and met nice people, especially very nice guy using Listerine at Myvatn campsite…. please contact me if you do remember me…thank you for inspiring places to visit e.