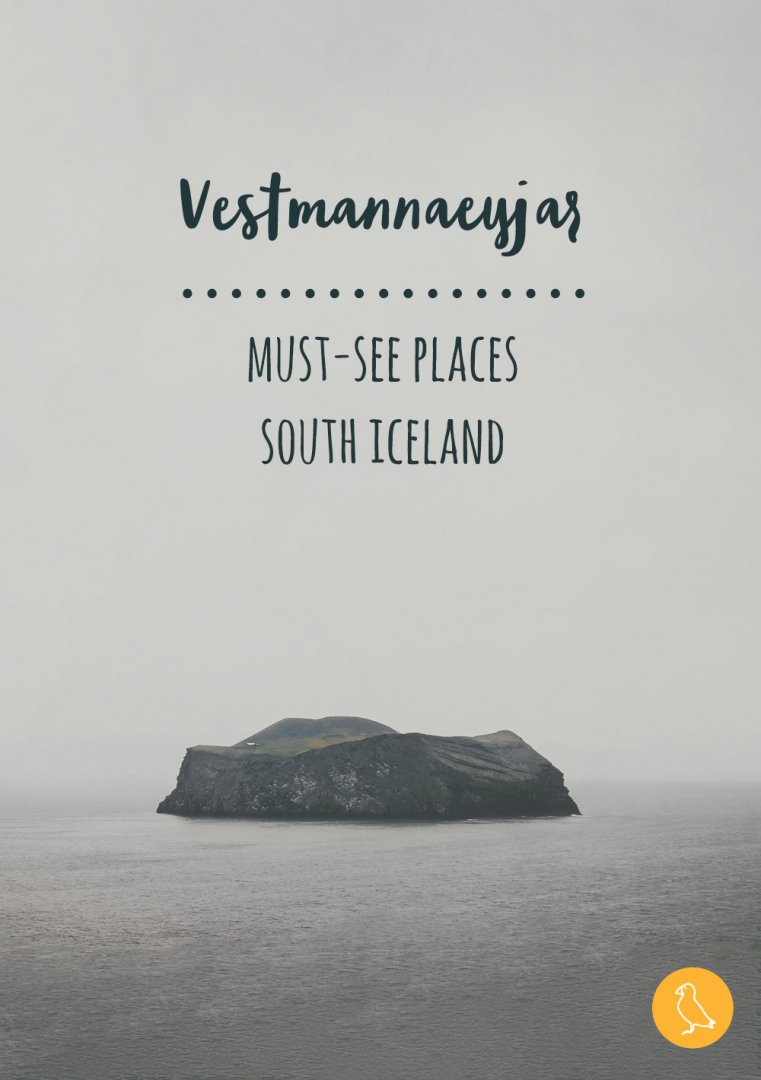 Heimaey, the largest island in the Vestmannaeyjar archipelago, has an unusual and somewhat problematic tenant. He appeared for the first time in 1973 and it seems that he settled in for good. What’s more, there is a horrifying story connected with his sighting. So there he is, Eldfell volcano or how many people call him: the Mountain of Fire.

12 on the Beaufort’s scale

For a very long time Heimaey residents lived like all people in Iceland do – very calmly. Due to the fact that their town was the most important harbour in the country, a lot of them rolled up their sleeves and day after day faced with the wild ocean deep. When they did not work, they had the opportunity to admire an unbelievable landscape. From any point of the island they would lean out, they could see vast open space all around. The current peaceful life rhythm was suddenly interrupted by an incident. It was cold January night in 1973. Like every evening, people from Heimaey fell into a blissful sleep, but after a while they were awakened in a very harsh and unpleasant way. It turned out that an impatient volcano also woke up after a long nap. What’s more, there was no sign of the volcano’s presence before, as the cone was going to be formed in the near future. At 1:45 without any warning, the Earth’s interior began to unleash unconquerable lava flows on the surface. They came out of the blue also with a quite devilled companion, ash-blasting air. In a flash, the idyllic island became a scenery for a scary spectacle. 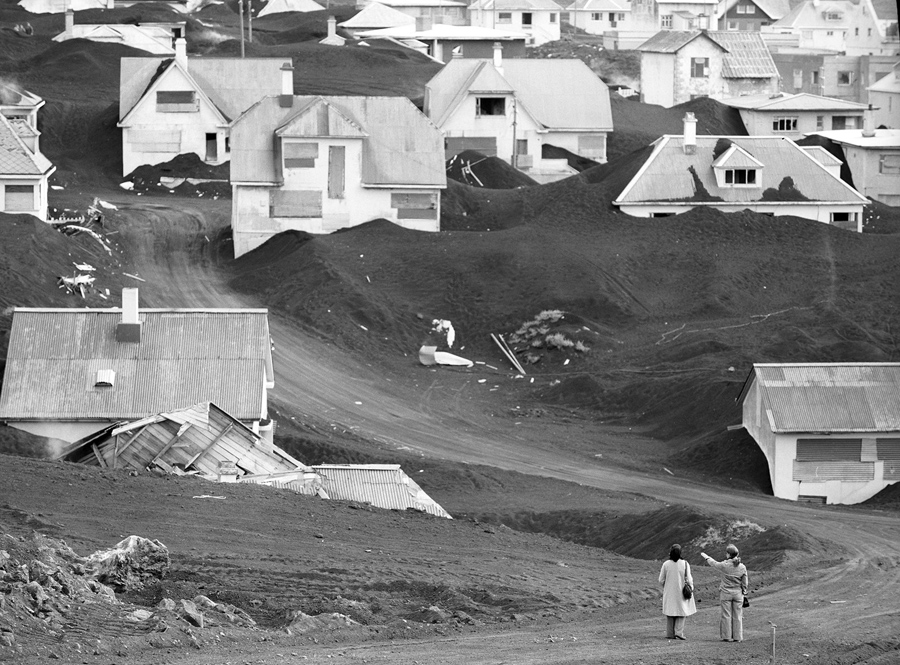 No one knew how this story would end if it happened to another nation. But as the Icelanders are quite experienced when it comes to volcanic eruptions, they approached the view of hellish lava flows rather in a cold, analytical way. For a few previous days the island had been ruled by a mighty downpour and that night the ocean was taken in a possession by a heavy storm, precisely a 12 degree on a Beaufort scale. Because of the terrible weather, almost the whole fishing fleet stayed in the harbour. We can call it a stroke of luck owing to the fact that it was necessary to immediately evacuate over five thousand people. Fortunately, with enough boats at hand, it was easy to organise an effective evacuation. Everyone had to leave the island immediately because the lava streams had already begun to be dangerous and volcanic ash started to bite people’s lungs. Only the rescue teams stayed on the island to keep an eye on the entire eruption and try to rescue the belongings from the most threatened houses. After a while, the lava began to rage even more, appropriating a larger territory and like an enraged fierce approached to the harbour. Fishing was the main source of income for most residents. Destruction of the harbour by flowing lava would mean the end of the island. Time was pressing and there was no option to rescue the animals. All sheep, cattle and horses were slaughtered. 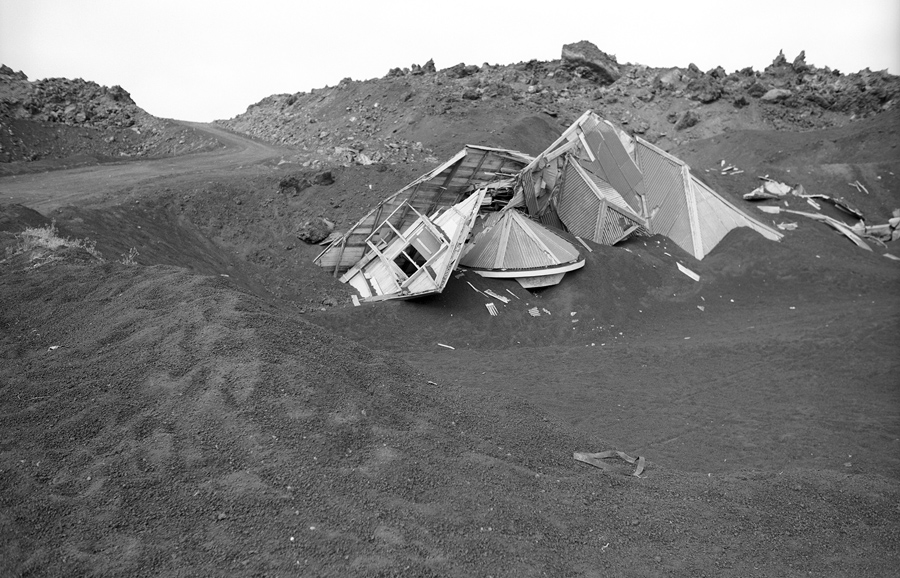 The only way to save the island and the fate of its inhabitants was to stop the lava. It was possible to do so by cooling it. But what a challenge it was – to chill the lava! Incredibly brave Icelandic volunteer firefighters didn’t even think of giving up, although this concept could be considered as a mission impossible. So during the next days they tirelessly flooded the streams of lava with icy water. Despite the skepticism of many habitual doubters, the lava flow was undercut very successfully. The fight lasted, but people were short of strength. Fortunately, United States agreed to lend the Icelanders powerful cooling pumps, which were the only ones capable of facing the flames.

People couldn’t calm down the inconceivably powerful nature for several months, and at that moment over six million liters of seawater were pumped to the volcano. Finally, when the rescue operation was finally over and it was known that the harbour was not in danger, the islanders celebrated for many days. After endless cheers in honour of the firefighters and many enjoyable social gatherings, the reconstruction of the town began. As pragmatic Scandinavians, Icelanders began to use the energy of slowly cooling lava to heat water and to generate electricity. In addition to the numerous damages and mess that the volcano caused, there was also something unexpectedly joyful for Heimaey inhabitants. Because of the eruption the island’s area gained a brand new and unusually beautiful piece of land. 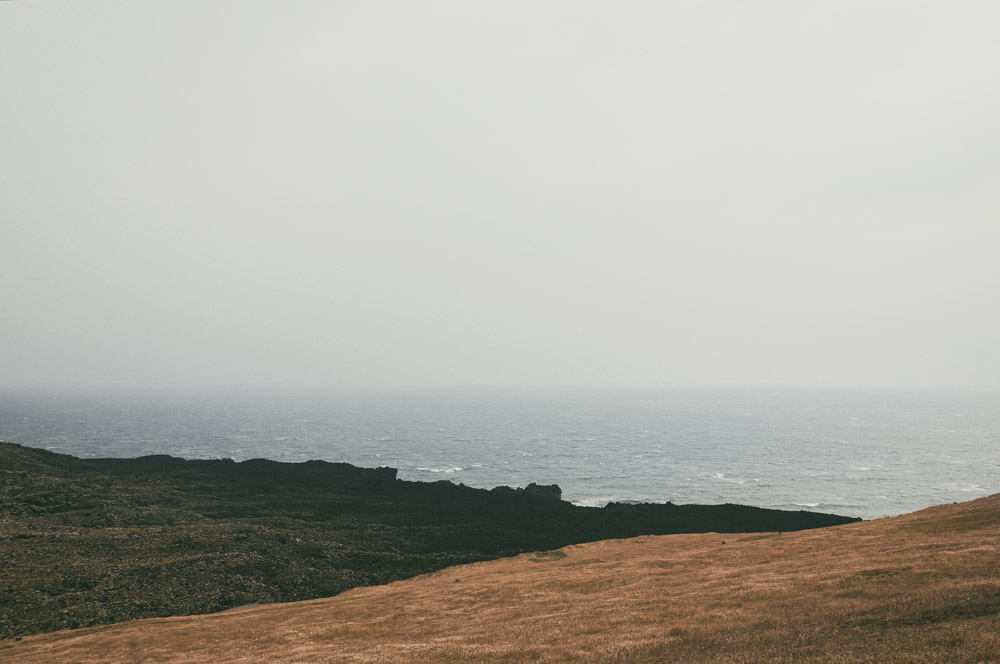 Some time after the eruption, people started to think how they should call their new volcanic neighbour. It was a hot topic, so everyone had something to say on this subject. Many were saying that it should go down in history as Kirkjufell (Church Mountain) because the eruption started on the farm which was called Church Farm. Other popular suggestion was also Rumble Mountain. Finally, to the discontent of the inhabitants, the committee decided that the volcano would be called Eldfell, Fire Mountain. In their opinion, Eldfell was definitely too common, for some even tacky, because you can call ‘eldfell’ every volcano. After all, the name was finally accepted by a committee, but knowing the rebellious nature of the Icelanders, probably everyone has its own affectionate nickname for their volcanic neighbour. 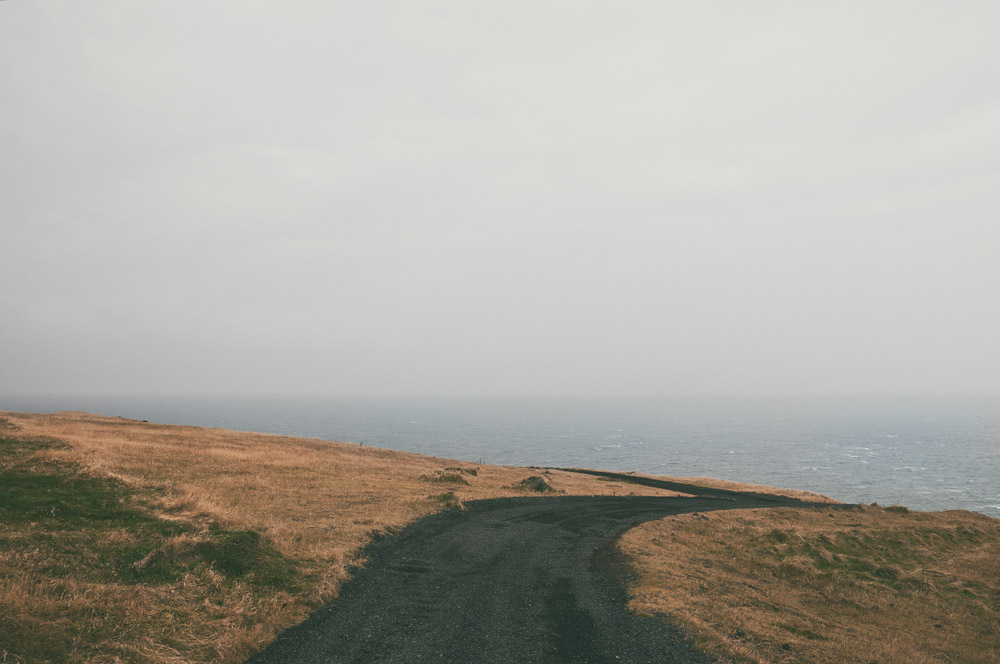 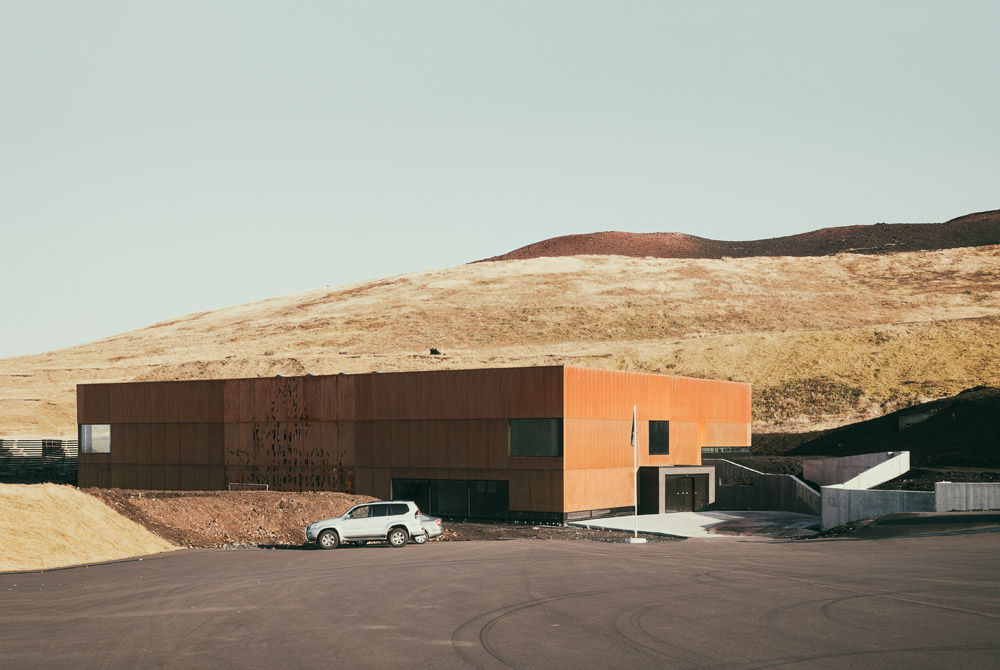 Eldheimar Museum shows a great exhibition about the eruption in 1973.