Stafafell – night on the farm 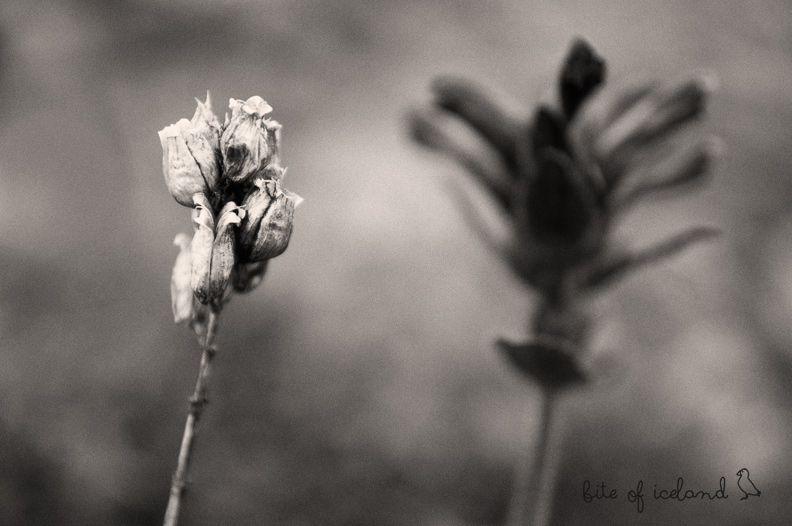 Arresting emptiness, which surrounds us, wreaks havoc in our minds. Valleys and meadows abruptly punctuated by mountain ridges run on and on. There is no living soul around. We have been travelling for at least a couple of hours, having silence and strange numbness for our sole companions. Suddenly some dim light starts to shine in the distance. We sigh with relief, as the day is coming to its end. Very dense fog is coming down from the nearby hills, completely out of the blue, and the sky is slowly getting a very dark blue hue. Something emerges from the dark. First a horrified sheep, which is running away. After a while we notice an old tiny church, then a graveyard and, in the end, a few farm buildings. 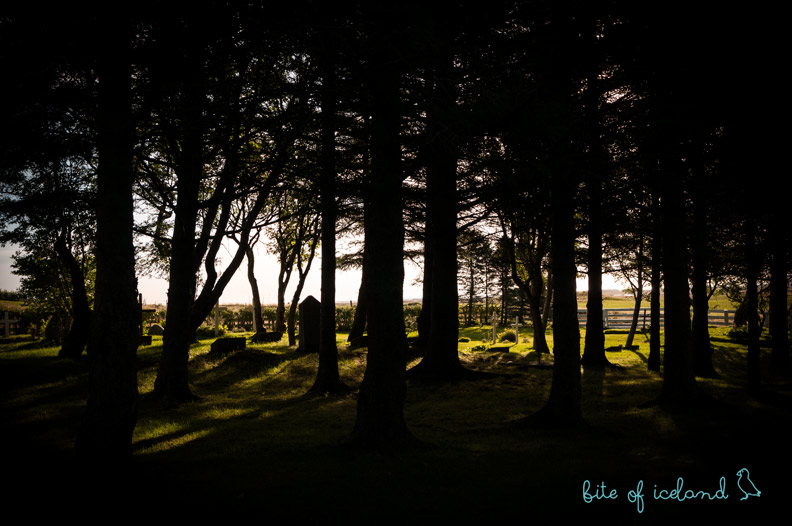 Everything seems to appear so spooky and uncanny. It starts to rain. A lonely strange figure is standing on the doorstep of an old wooden house. Hiding behind his long grey hair, he doesn’t seem approachable, not at all. We wipe our eyes in amusement, as we’ve never seen such a tall Icelander before. An owl is hooting somewhere close and our bodies quickly start to cover with goose bumps. Yes, that’s the place, where we will spend the night. 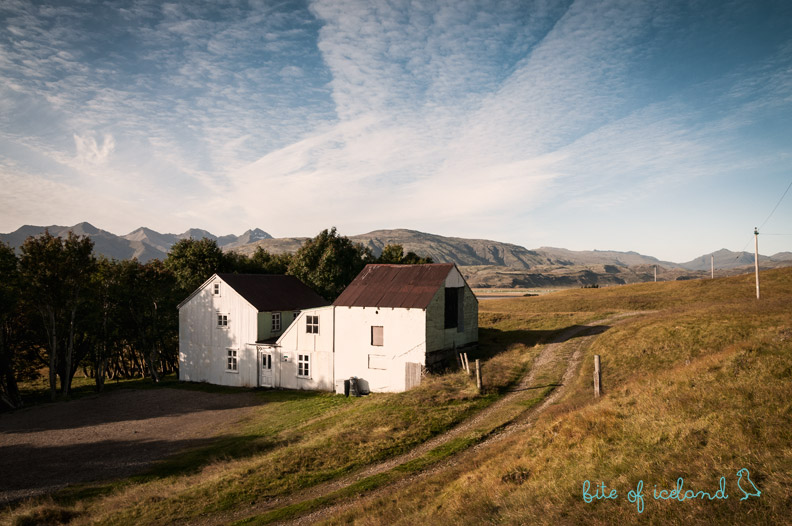 With these anxious, gloomy impressions we arrived at Stafafell – a farm located exactly in the middle of nowhere. If you would like to feel like a character from the movie “Rams”, which we recommended in our previous article, here you will have a perfect opportunity!

Charming 19th–century farm building now is used as a guesthouse. Our first impressions quickly turned into something completely opposite, because in the morning, in the sunshine this place turned out to be really hospitable. After a short conversation the tall man we met yesterday, Sigurður, turned out to be very friendly. He cultivates the land and runs the guesthouse with his two brothers. Sigurður’s family has lived here for many decades. In the old church opposite the farm building, his great grandfather, a pastor, used to conduct Sunday holy mass. Next to the church you will find a small graveyard, with graves from late 19th and early 20th century. Pay attention to the tombstones and crosses, as they are full of fine details. 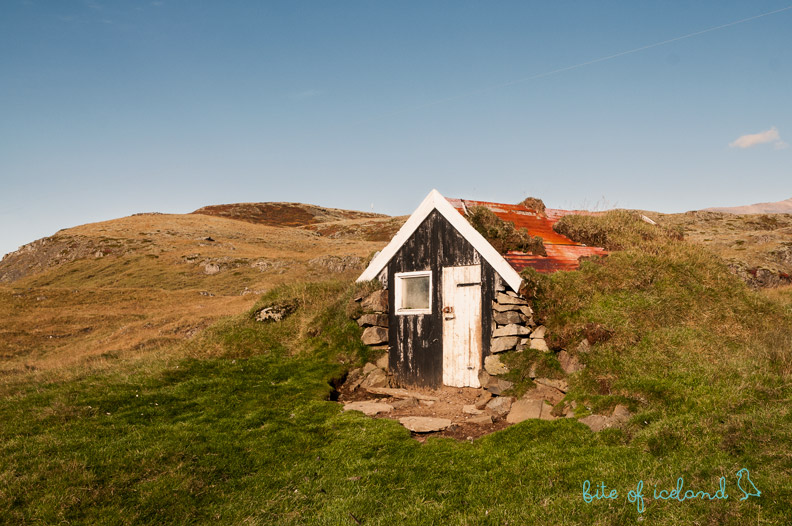 For us, Stafafell is one of the most characterful places, where you can spend a night in Iceland. Don’t expect anything fancy, though. The rooms are rather small and basic. But the farm definitely has a soul! It could be a sole reason for breaking your journey here. However, there’s one more thing, we have to tell you about. Stafafell is an excellent place if you love hiking. A one-day hiking trail to Hvannagil Canyon is a hiker’s paradise, without any doubts! And it starts at the doorstep of the guesthouse. The terrain is unbelievably beautiful and the canyon itself is jaw-dropping. You have a chance to wander around amusingly colourful mountains. And it’s really off the beaten path. In early October we didn’t meet anyone, even a single person. We are under a huge impression of this hike and we will write a separate article about it. So stay tuned! 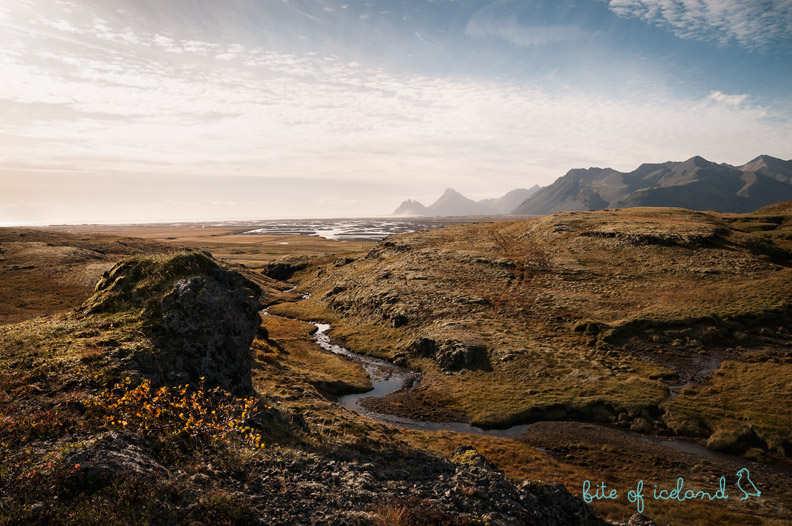 Stafafell is situated just a few hundred meters from the Ring Road. They don’t serve any meals, so remember to take your own food. The closest petrol station, grocery stores and restaurants are in Höfn (34 km to the west) and in Djúpivogur (70 km to the east). 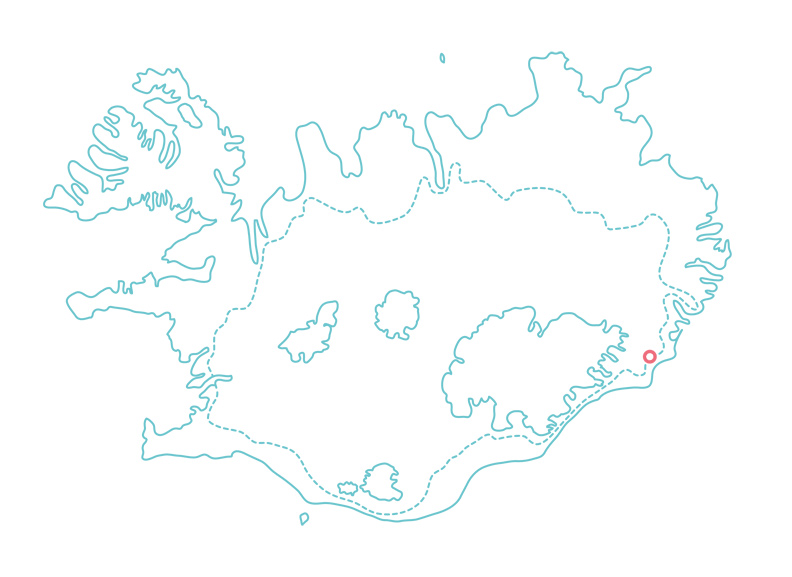